Democrats Decried Dark Money in Politics, but Used It to Defeat Trump

A New York Times analysis reveals how the left outdid the right at raising and spending millions from undisclosed donors to defeat Donald Trump and win power in Washington. 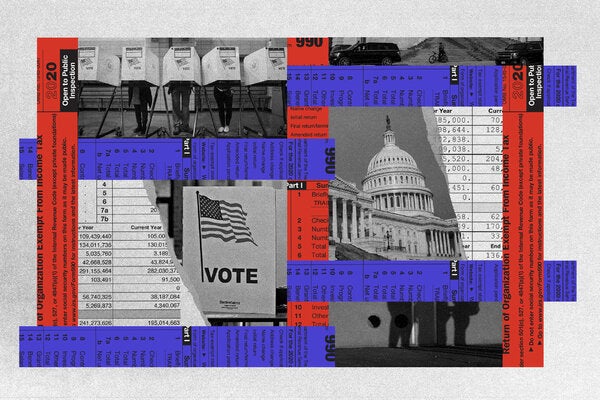 Ken Vogel’s reporting from Washington focuses on the intersection of money, politics and influence. Shane Goldmacher is a national politics reporter specializing in campaign finance.

For much of the last decade, Democrats complained — with a mix of indignation, frustration and envy — that Republicans and their allies were spending hundreds of millions of difficult-to-trace dollars to influence politics.

“Dark money” became a dirty word, as the left warned of the threat of corruption posed by corporations and billionaires that were spending unlimited sums through loosely regulated nonprofits, which did not disclose their donors’ identities.

How The Times Investigated Dark Money

The New York Times’s analysis of dark money in 2020 relies primarily on spending figures disclosed by nonprofit groups in their annual I.R.S. tax filings. The Times reviewed the filings of more than 150 nonprofits to select 15 of the most active politically oriented organizations that generally aligned with each party.

The analysis includes groups registered as chambers of commerce, social welfare groups and charities, registered under sections 501(c)(6), 501(c)(4) and 501(c)(3) of the tax code, respectively.

It does not include think tanks, which can play an outsize role in shaping political debates; donor-advised funds, which funnel hundreds of millions of dollars from major donors into causes that are both political and apolitical; or labor unions, some of which spend heavily on politics, but which are funded mostly by smaller dues payments from individual members.

Grants and transfers made between the groups in the analysis were omitted from the overall spending tallies, but were included in the totals of individual groups.