BEIJING/HONG KONG, Jan 20 (Reuters) - TikTok owner ByteDance saw its total revenue grow by 70% year on year to around $58 billion in 2021, according to two people familiar with the matter, slower growth than a year earlier as China tightens its regulation of big tech companies.

The figures were disclosed to a small group of employees at an internal meeting of the social media giant this week, according to the people.

ByteDance did not immediately respond to a request for comment.

Chinese tech companies from Tencent Holdings(0700.HK) to Alibaba Group(9988.HK) have reported slowing growth amid a wide-ranging crackdown by the country's regulators who have rolled out new rules governing how they operate and interact with their users.

Tencent in the third quarter posted its slowest revenue growth since it went public in 2004.

ByteDance retained its second-ranked position in China’s online advertising market last year, with a market share of 21%, according to a recent report published by researcher Interactive Marketing Lab Zhongguancun.

The number one position was still held by e-commerce giant Alibaba, and third place went to gaming giant Tencent, according to the report. 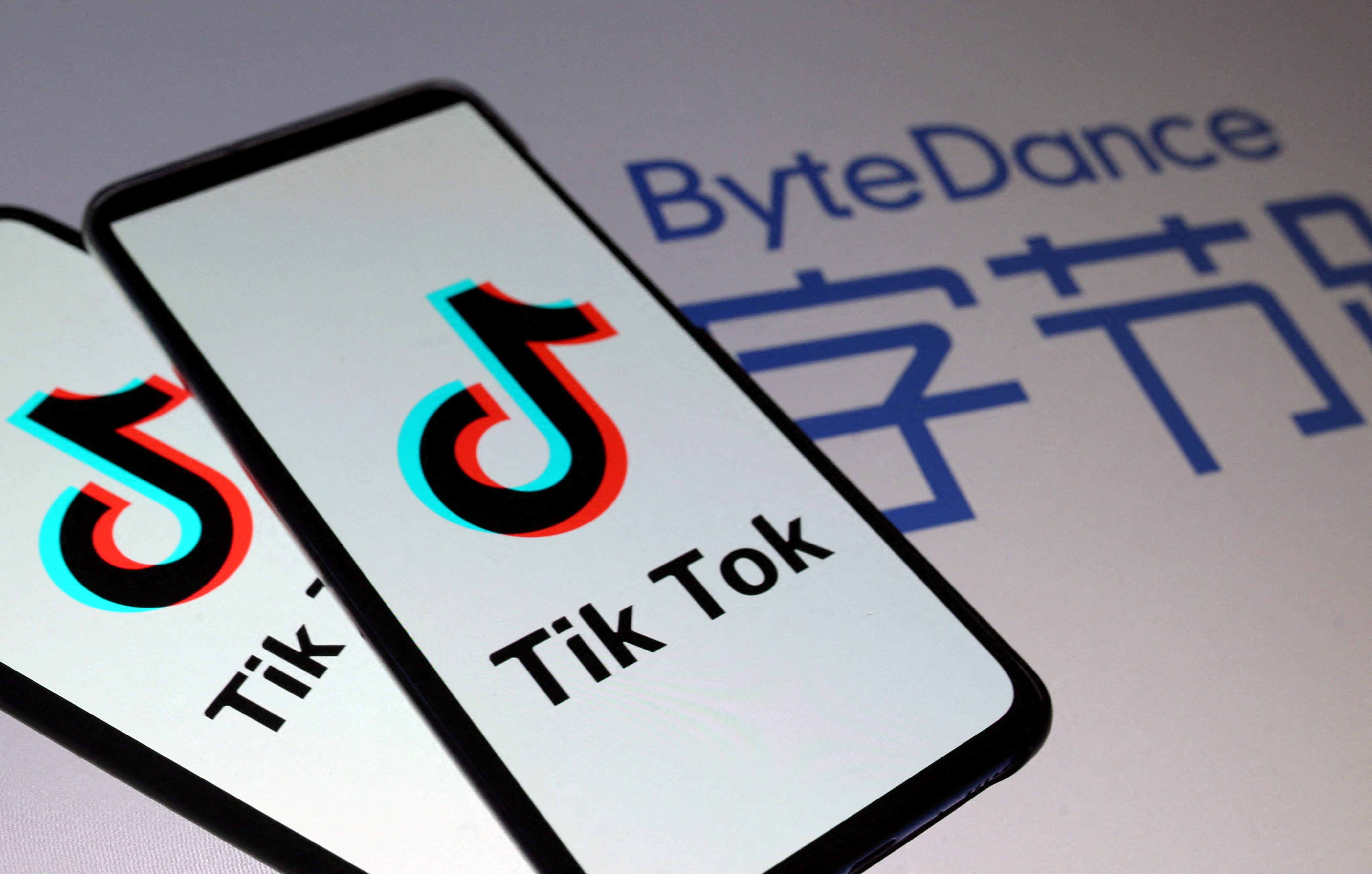 Tik Tok logos are seen on smartphones in front of a displayed ByteDance logo in this illustration taken November 27, 2019. REUTERS/Dado Ruvic/Illustration/File Photo

Tech news website The Information last November reported that ByteDance's 2021 revenue was on track to rise about 60% to 400 billion yuan ($63.07 billion).

ByteDance is one of the world's biggest private tech companies with recent trades in the private-equity secondary market valuing it at about $300 billion, Reuters has reported.

In November, ByteDance reorganised itself into six business units in its biggest organizational change since ByteDance founder Zhang Yiming said in May he would step down as CEO. read more

In 2021, users spent approximately $2.3 billion in TikTok and the iOS version of Douyin, a 77% jump year-over-year, according to app tracker Sensor Tower.

Source: https://www.reuters.com/markets/funds/exclusive-tiktok-owner-bytedances-revenue-growth-slowed-70-2021-sources-2022-01-20/
We use cookies to ensure that we give you the best experience on our website. If you continue to use this site we will assume that you are happy with it. Ok