The people using YouTube to pay for their French chateau 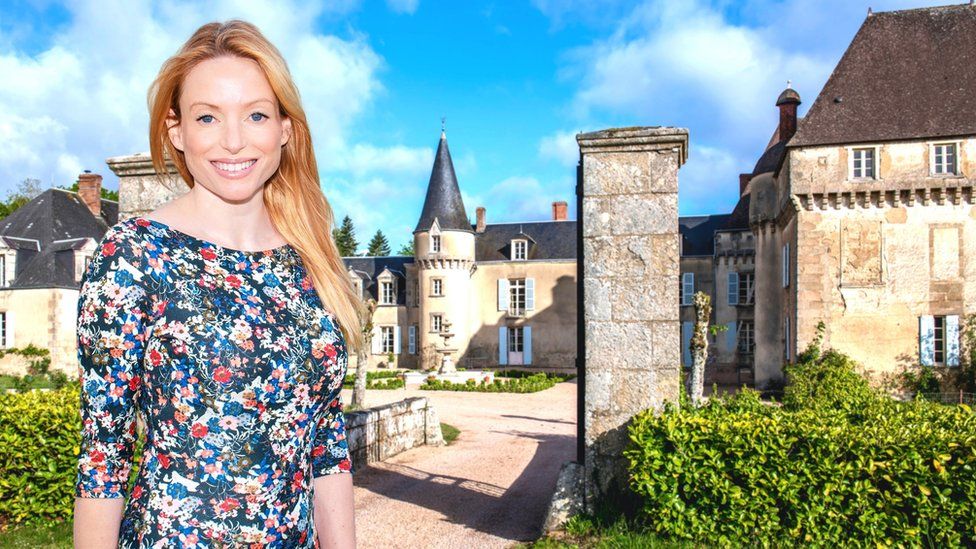 Stephanie Jarvis bought her French chateau 16 years ago, but only started making money from it in 2020

She had bought the 40-room, 16th Century home back in 2005 after pooling resources with a friend.

Such French castles were relatively cheap at the time, so between them they were able to buy one for £590,000, raising the money by selling both of their two-bedroom London flats.

The plan was to turn the property - Chateau de Lalande, in the Centre-Val de Loire region of northern France - into a bed and breakfast, and hire it out for events.

However, Ms Jarvis admits that she didn't factor in just how expensive it would be to pay for the upkeep of such a huge, old building. "I didn't realise how much money it would take to run," says the 50-year-old.

So, by the start of 2020, the chateau business had yet to make a profit. And then the Covid-19 pandemic arrived, and France went into lockdown. 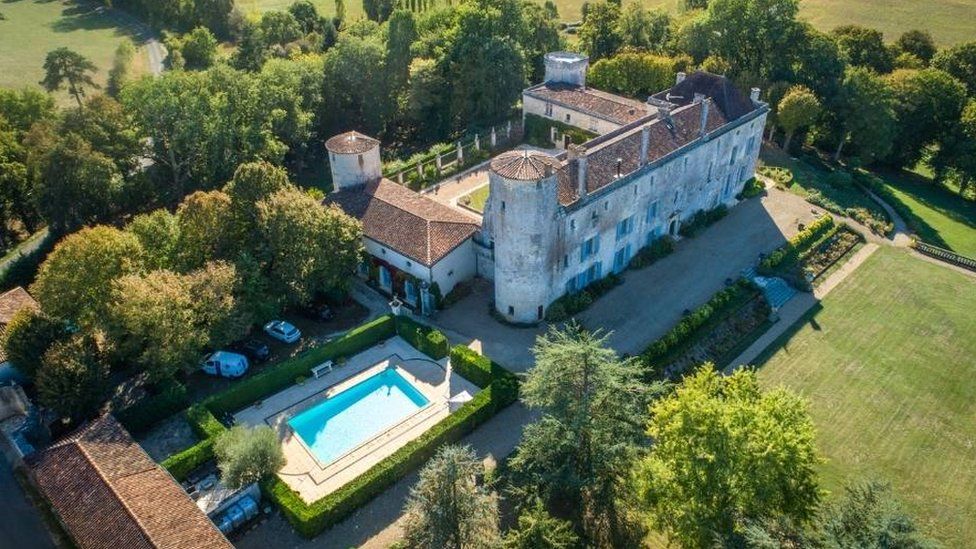 France has more than 40,000 castles, including Chateau du Puy Vidal, pictured, in the southwest of the country

"It was going to be the first year that we were in profit for the bed and breakfast, but everything had been cancelled," she says. "I had no money coming in, and nothing to do."

Then Ms Jarvis had a brain wave. Since 2018 she had been sporadically posting video blogs about her life at the castle up on social media platform, YouTube, under the channel name, The Chateau Diaries. She had started to do this after appearing in a TV renovation show, called Escape to the Chateau DIY, and found that she liked the experience of talking to the camera about her home.

With the pandemic shutting down everything else, Ms Jarvis decided that she'd now make and publish such videos on a daily basic "and see how it goes".

This meant that the money she made from the advertisements on her videos jumped from a few hundred euros to many thousands. 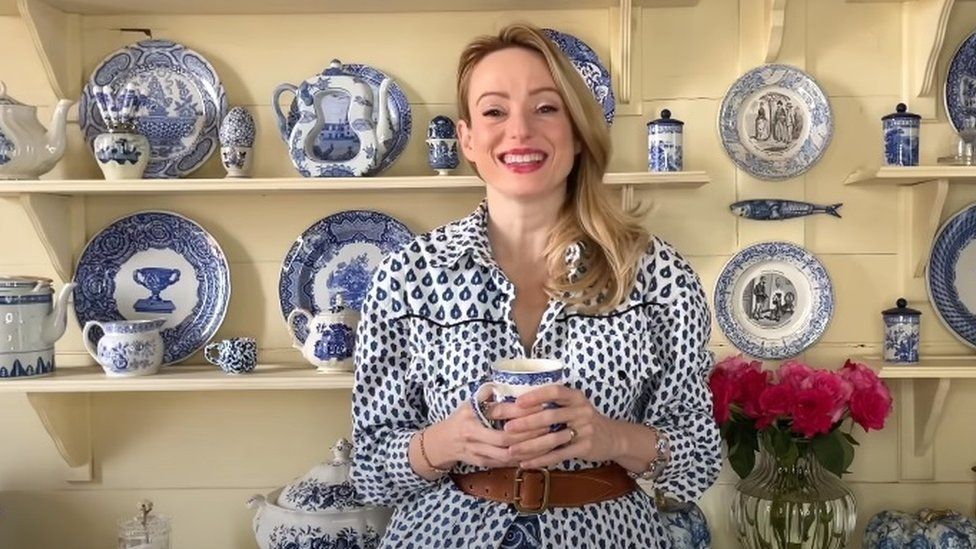 "It escalated so fast, it was unbelievable," she says. "I think a lot of people were finding themselves in quarantine, and wanting to see how other people were living through it."

"The channel also gives people this hope that maybe they don't need to follow a traditional path, and then can still make something happen with their lives."

Ms Jarvis is now able to use the revenue from YouTube, along with the renewed income from the bed and breakfast, to pay four staff to work at the castle.

She also now gets additional funds from a Patreon account that she set up last year. Patreon is an online subscription platform that allows Ms Jarvis' subscribers to pay to view exclusive, extra video content. This is now said to make about £24,000 per month. 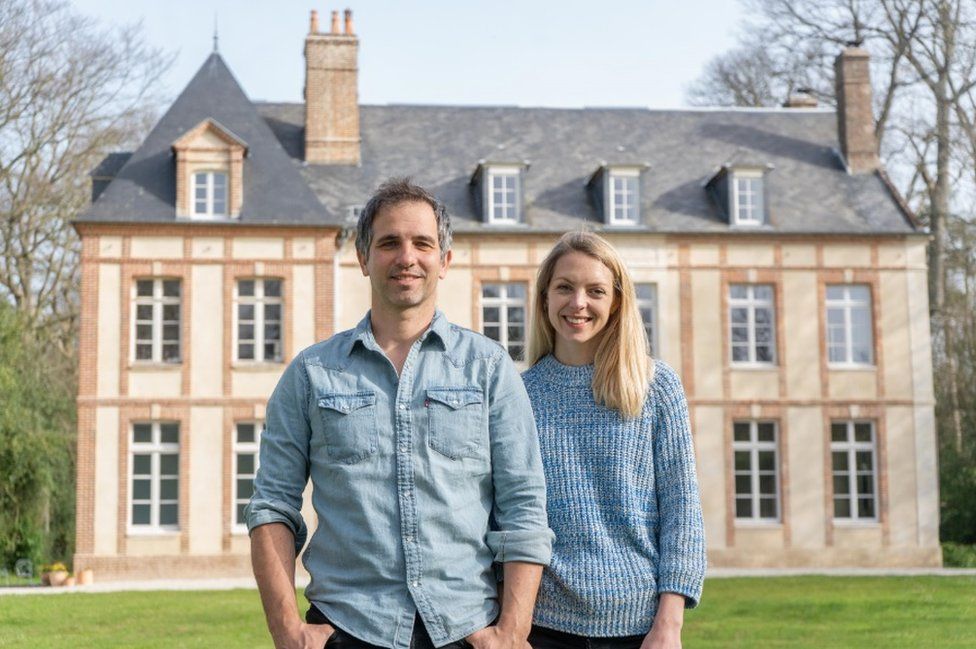 They purchased their 18th Century Chateau Le Fleur, in Normandy, in 2019, using money from the sale of their Parisian apartment. Like Ms Jarvis, they also underestimated the total cost of the renovations that the property would need.

The couple started to post videos at the end of 2020, hoping it would serve as a marketing tool for when the pandemic ended and they could open their bed and breakfast.

Their YouTube channel - How To Renovate A Chateau (Without Killing Your Partner) - now has 133,000 subscribers, and brings in regular advertising revenue.

"It never occurred to us that this could become an income stream as important as the guesthouse," says Mr Mayrhofer. "But we get more and more advertising money, and it started to become almost like a salary."

The couple also launched a Patreon account, which has more than 750 subscribers paying from about £4.50-17.50 per month. Mr Mayrhofer says he and Anna are now so busy making video content it might make more financial sense to slow down the guesthouse side of their business. 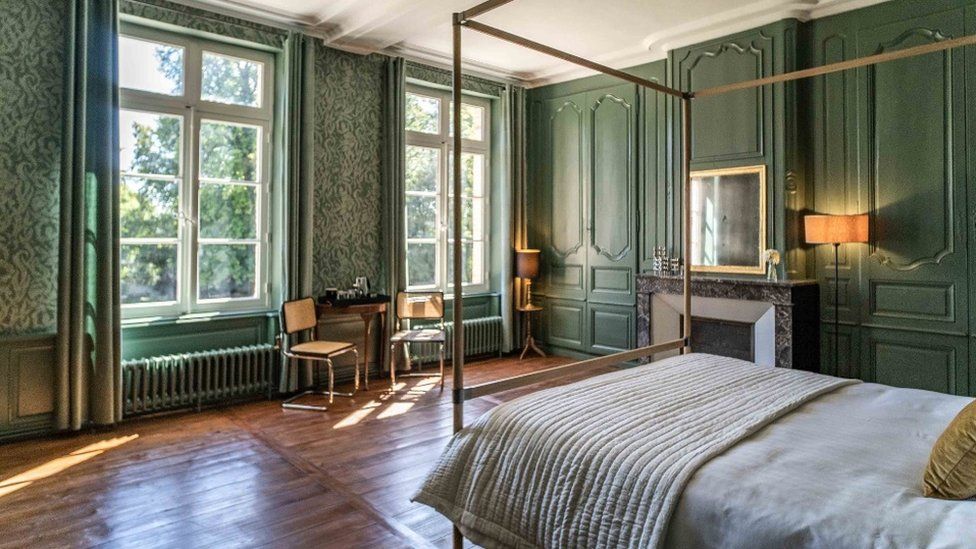 Paris-based estate agent, Patrice Besse, specialises in selling chateaux dotted across France. He says that one in relatively good condition now costs between €800,000 ($900,000; £670,000) and €1,500,000. Cheaper properties require more restoration work, and therefore might end up costing more in the long term.

He cautions that buying a French chateau should not generally be seen as a way to make money. "Any buyer knows that owning a chateau will not make you rich."

Instead, he says that owning a chateau is a "way of life", and that many buyers care less about the return on their investment, and more about the emotional journey of restoring an old property and the dream of living in one.

Yet he adds that per square metre "chateaux are the cheapest real estate in France", especially when compared to the cost of a Parisian apartment. And demand has risen as a result of the pandemic meaning that people want to leave France's big cities.

Fellow estate agent Christophe Chassin adds that the price of French chateaux has increased since the start of the pandemic, due to high demand.

"We made a lot of sales over the past 12 months," says Mr Chassin, who sells mostly to overseas clients from the UK, US, Australia and South America. "And we are struggling to renew our portfolio of properties."

One person who bought a French chateau from Mr Chassin over the past year is American, Julia Leach.

The 30-year-old was inspired to purchase one after becoming an avid viewer of Ms Jarvis' The Chateau Diaries while she lived in New York.

"The contrast was stark between the hustle and work culture I was immersed in, and the slower pace of life of Stephanie's videos pulled at my heart," says Ms Leach, who shared Jarvis' videos with her family in California.

So in April 2021, Ms Leach, her partner, sister and their parents pooled their financial resources to buy the 12-bedroom, 13th-Century Chateau du Puy Vidal in Charente, southwest France, for €2.2m (£1.8m). 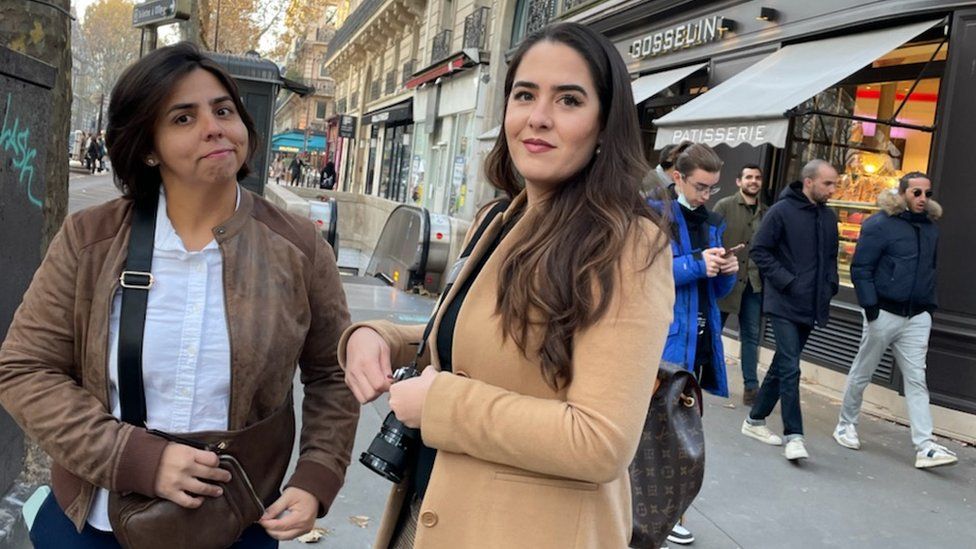 Ms Leach, who previously worked in film and television production, plans to turn the castle into a studio facility for filmmakers. And she naturally has also set up a YouTube channel - Lady of the Chateau Productions - which already has 13,000 subscribers.

Back at Chateau de Lalande, Ms Jarvis says she can spend 40-60 hours a week filming and editing videos. "There's nothing else I'd rather be doing," she says. "I feel more tied to the chateau, but in a really positive way."