Why These Women Are Determined to Clear Andrew Cuomo’s Name 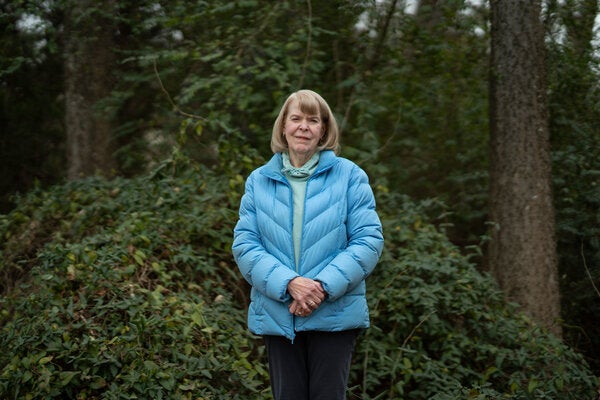 Many of Andrew Cuomo’s defenders, like Virginia Hagan of Roanoke, Texas, live outside New York. Credit... Nitashia Johnson for The New York Times

Shelly Moore has never met Andrew M. Cuomo. She’s never lived in New York. Before the pandemic, she hadn’t even heard of him. “God’s honest truth,” she said, when reached by telephone last week in Jonesboro, Ga.

But after Mr. Cuomo, New York’s former governor, resigned in disgrace last summer in the face of a scathing sexual harassment report, Ms. Moore was so disgusted that she went online, plugged in her credit card information and donated $100 to Mr. Cuomo — then did it twice more.

“I’m 60 years old. I’m a woman,” said Ms. Moore, a retired training specialist for the Federal Aviation Administration. “I know harassment from flirtation or whatever.”

More than 700 miles away, outside Fort Worth, Texas, Virginia Hagan, a retired federal bank examiner, expressed deep alarm about what it means to bypass “due process” for flash trial by public opinion, even if she is less certain of Mr. Cuomo’s innocence.

“The truth takes time to work through,” she said, explaining the $1,200 she has contributed to his campaign, which is still active despite Mr. Cuomo’s resignation.

And in New York, where Mr. Cuomo had a tight grip on power for more than a decade, Amanda Ames of Potsdam, a town in the state’s North Country region, said she started chipping in $5 a month because she wants Mr. Cuomo to run for office again, even for the presidency. “He expects perfection, and it’s maybe too much for people to handle,” she said.

Five months after Mr. Cuomo left office in disgrace, a vocal band of ardent supporters armed with checkbooks and active social media accounts — most of them women — is carrying on a battle most New Yorkers have long since tuned out.

Of the more than 230 people who collectively donated $31,000 to Mr. Cuomo’s campaign since his resignation announcement, three out of every four appeared to be women, according to a New York Times analysis of public campaign filings.

Online, they have banded together in Facebook groups and on Twitter in a tireless campaign to boost his legal team and muddy his accusers. Some hold regular Zoom meetings; others sell Cuomo-related merchandise (T-shirts emblazoned with the word “allegedly,” among other items).

Many were impressed by Mr. Cuomo’s daily briefings in the early days of the coronavirus, and by the way he calmly filled a leadership void coming from Washington. Now they have come to his defense, driven by a sense of admiration, injustice and broader concerns that the #MeToo movement has gone too far.

“We seem to be on a pendulum in this country where we’ve gone from believing no women to believing all women,” Ms. Hagan said.

While they may be vocal outliers, they are also members of a key segment of the Democratic base — middle-aged, educated women — whose loyalty could boost Mr. Cuomo should he try to run again, at a time when his megadonors and most New York voters have turned their backs.

“Particularly as women, the media diminished us, they came out and called us fangirls. They came out and called us Cuomosexuals,” said Sandy Behan, an advertising and marketing executive and grandmother from Rochester, N.Y., who helps lead We Decide New York, Inc., one of the largest pro-Cuomo groups. “When in fact we are intelligent people who have strong opinions about something, that watched the news, that evaluated things.” 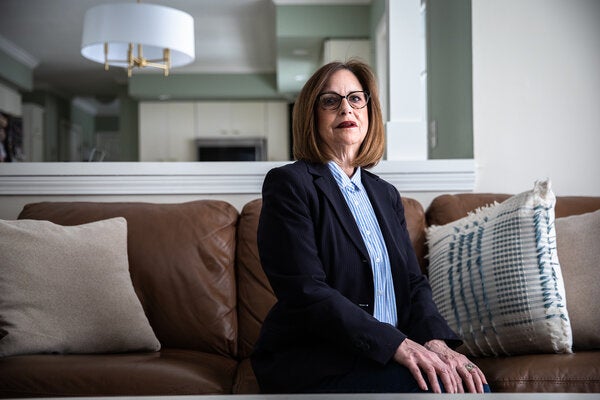 There is some disagreement over the precise size of the battalion. The prevalence of bots or inauthentic accounts on many social media platforms makes counting difficult. Twitter data and interviews with some highly engaged Cuomo supporters suggest that the number of active participants is probably somewhere in the hundreds, though a far smaller set of accounts produces much of the content.

Mostly, they carry the Cuomo flag, drive donations to his campaign and direct the ire of their followers onto his accusers, the media and Letitia James, the New York attorney general who investigated Mr. Cuomo. Some traffic in crass, sexualized and threatening characterizations of the accusers.

The cohort’s presence is easily felt on social media, as it was within hours after The Times contacted more than 30 donors for comment last week.

“Heads up #CuomoArmy!” one woman posted. Another accused the reporters of predatory behavior, comparing requests for comment on the Cuomo supporters’ public donations to “calling old ladies and calling for their Social Security numbers,” or sexual harassment. Another woman posted a screenshot showing that she had made a new donation to Mr. Cuomo in response.

Mr. Cuomo’s team and many of the leaders of the online movement say they do not coordinate. Several women active in Mr. Cuomo’s defense said any hint of payments or back-room-strategy sessions would undermine their credibility.

“We’ve been called fake bots or paid aides in some way,” said Anna Vavare, a former social worker and psychologist in Ontario, Canada, who runs social media for We Decide New York, Inc. “Someone suggested we are all Rich Azzopardi,” she added, referring to the political operative who was Mr. Cuomo’s spokesman as governor. “I object to that strongly. I don’t want to be him.”

But there is a clear internet-enabled feedback loop. Many of the accounts — some with names like “Italians for Cuomo” and “Cuomo News That Isn’t reported” — appear to hang on every word of Mr. Cuomo’s lawyer, Rita Glavin, echoing arguments she relays in sparsely watched public briefings that challenge the credibility of key accusers or Ms. James. And after reporters began contacting Cuomo donors, prompting several women to tweet about it, Mr. Azzopardi reached out to find out what the reporters were working on.

“There are many people who see right through the A.G.’s sham report and appreciate the decades of service the governor dedicated to the people of New York, as well as his leadership during Covid,” Mr. Azzopardi said later. “We appreciate their continued support and thank them for their friendship.”

Ms. James has repeatedly stood by her report. In a statement comparing Mr. Cuomo to former President Donald J. Trump, her office accused him of “fueling a campaign of online bullying, harassment and misinformation-spreading to perpetuate his version of the ‘Big Lie.’”

The provenance of some groups and high-traffic accounts remains a mystery. Organizers of We Decide New York, Inc., said they contacted the owner of Justice for Cuomo, a Twitter account with more than 900 followers and a website that aggregates reams of information related to the governor’s case, but the person who responded declined to identify themselves. No one responded when The Times contacted the site. Mr. Azzopardi denied any involvement.

Ms. James’s spokeswoman also shared dozens of Twitter posts and noted that several of the accounts used stock photos as their profile pictures, and their tweets were almost singularly focused on Mr. Cuomo, raising questions of their authenticity.

The Downfall of Andrew Cuomo

The path to resignation. After drawing national praise for his leadership in the early days of the pandemic, New York Governor Andrew Cuomo was confronted with several scandals that eventually led to his resignation on Aug. 10, 2021. Here is what to know about his political demise:

Sexual harassment accusations. Multiple women accused Mr. Cuomo of harassment, including groping and lewd remarks. An independent inquiry by the New York State attorney general corroborated the accounts. The investigation also found that he retaliated against at least one woman who made her complaints public.

A lawyer for Charlotte Bennett, a former executive assistant who accused Mr. Cuomo of sexual harassment, said some of the posts constituted cyberbullying that “revictimize and retraumatize” her client and other women who came forward.

“If his supporters are angry that he’s no longer in office, they only have him to blame,” said the lawyer, Debra Katz. “He abused his power, sexually harassed women, got caught and stepped down. End of story.”

A dozen interviews with women active in the Cuomo community — one male donor, reached by phone, suggested he had given because of his wife — largely began with a similar story. Though these women knew little about him before March 2020, they formed a deep connection with Mr. Cuomo in the darkest months of the Covid crisis.

But they only found one another in spring 2021, when a handful of one-time aides came forward to accuse Mr. Cuomo of unwelcome touching, inappropriate comments, sexual harassment and, in one case, groping.

Ms. James’s hired investigators — including a former acting U.S. attorney who was involved in the prosecution of one of Mr. Cuomo’s close friends — found the allegations to be credible and unearthed more incidents that would ultimately prompt the governor’s resignation. A subsequent report by the New York State Assembly bolstered Ms. James’s findings, though local prosecutors have declined to press charges in several cases.

As the news media chronicled stories of a toxic work environment and outright bullying, many of Mr. Cuomo’s supporters saw something different — be it a conspiracy to dislodge him, plain old dirty politics or an effort to rob voters of a chance to weigh in — and began to organize.

“What concerned me was not the report itself, but the way she represented it as a violation of state and federal laws and a definitive statement that he had sexually harassed 11 women,” said Ms. Hagan, 67, who also serves as a moderator of the Facebook group Women for Gov. Andrew Cuomo.

Dianne Butcher, a high school government teacher in Mission, Texas, who made two $50 donations to Mr. Cuomo’s campaign, said she fully recognized his flaws. But she argued that they paled in comparison to his accomplishments, particularly for those watching from places where the messages from political leaders were more muddled.

“During the Great Depression, it was the woman of the family standing in the kitchen at 5:30 a.m. looking at four slices of bologna trying to figure out how they are going to feed a family,” she said. “In March of 2020 that was me.

“What I figured was if I could take what Cuomo was saying and scaling it down to our micro, then we just might survive this,” she said. “And we did. I can say we are one of the few families in the Rio Grande Valley who hasn’t lost a parent or grandparent to Covid.”

Then there are those like Ms. Ames, 37, who is deeply involved in the Cuomo social media network — she once created a Twitter account for his dog, Captain — and believes that none of the accusations against him are credible.

In her view, the entire episode was fueled by “cancel culture” and opportunistic political adversaries. It ultimately drove her from the Democratic Party.

Ms. Behan, whose group is plotting its next steps ahead of this fall’s elections, said she had noticed another sentiment rising up through the network.